Accidents Happen. Everyone Gets Sick.

When you suffer an accident or illness, you shouldn’t have to worry about how you will pay for added expenses or everyday bills.

Nobody ever asks 'what if you survive?'

We are a husband and wife team who have been in the insurance business since 2010 and our specialty is Living Benefits. We have an amazing team of agents who help us serve Alberta, Saskatchewan, British Columbia, and Ontario.

At Cover Your Income we focus on what happens if you don’t die. Did you know that 48% of Canadians live paycheque to paycheque and would find it difficult to meet their financial obligations if their pay was delayed by just 1 week? Now imagine the emotional and financial stress that suffering from an accident or sickness could cause.

That’s where we help you so you don’t add worry from financial stress. We are passionate about helping others protect their future because we know first-hand how an unexpected event can change your life.

The unexpected can happen to anyone.

On January 11, 2014, I am working at a trade show when I receive a call. It’s really loud and I can’t quite understand what is being said. Someone is trying to tell me Paul has been in a car accident. He hands his phone over to Paul and Paul doesn’t know where he is and I hear a lot of pain in Paul’s voice.

The Good Samaritan tells me he was the first on the scene, and because Paul was so cold he has him sitting in his car to warm up. They are waiting for an ambulance but he has no idea how long it will take emergency services to arrive at the location. I am advised to drive to the scene of the accident.

We arrive to find Paul’s destroyed Ford Escape. Paul is not there and has been taken via ambulance to the hospital. Seeing Paul’s car, I assumed the worst. Thankfully, my father was driving me and he could hardly keep it together as seeing the wreckage you can’t help but assume Paul is NOT going to be OK.

You see, Paul’s vehicle was stopped as he waited to turn left from one secondary highway to another. He was rear ended at 100/km per hour. It was Paul’s first day back to work after we took some time off with our family over the Christmas holidays and to celebrate our youngest daughter’s 1st birthday in Banff.

We arrive at the hospital and Paul’s in a crazy amount of pain with a large cut on the back of his head that no one seems to be all that concerned about. (He still sports the scar.) Hours later, Paul is transferred to the Red Deer hospital with a ruptured spleen and internal bleeding.

Paul’s seems to be recovering well, besides being quarantined in the hospital with Pneumonia. We believe everything is going to back to normal and that this is just going to be a small hiccup.

Paul collapses at the hospital a week after the accident. He is bleeding internally and near death and he needs emergency surgery and blood transfusions. His recovery begins all over again.

Paul was totally disabled and unable to work for 4 months. I am forever grateful that Paul had purchased Hospitalization and Disability Insurance policies for our family. Without this protection and the financial support offered we surely would have lost our home to foreclosure.

It took Paul a full 2 years to recover with many trips to the Red Deer hospital rehab center, appointments with doctors and specialists. In fact, many doctors told Paul perhaps he shouldn’t even be working at all. But that isn’t how Paul operates. There is no way he wouldn’t look after his family, his 5 girls.

On top of all the internal injuries, Paul suffered a Brain Injury. This would have been a life-changing accident for anyone, except this wasn’t Paul’s first major car accident…

We've got you covered.

Unexpected accidents and sickness happen. Coverage pays up to $9,000 a month directly to you, starting with the very first day you are hospitalized* due to an accident or sickness. Plus, our plans pay you a recovery benefit following hospitalization for a minimum of 10 days. 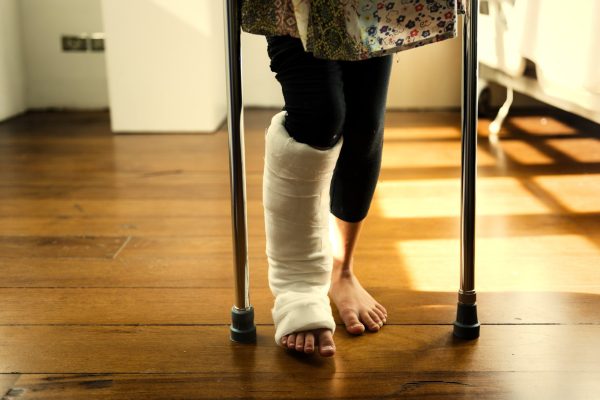 If you were to become sick or were injured and couldn’t work would you still receive a paycheque? WCB? Sick days? Your ability to earn an income is one of your greatest assets and people often take this ability for granted – until they lose it. No matter what you do for a living monthly bills and daily living expenses can pile up fast when you’re sick or injured and can’t work. 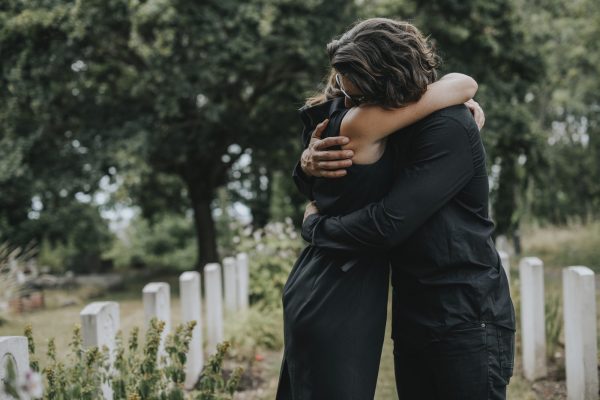 If you were to die tomorrow, would your family be able to maintain their standard of living? Pay Funeral Costs? Pay the mortgage? Many people have life insurance that doesn’t provide the support they want their loved ones to have once they’re gone and even more families simply have no basic life coverage of any kind. We believe everyone should have access to affordable coverage. 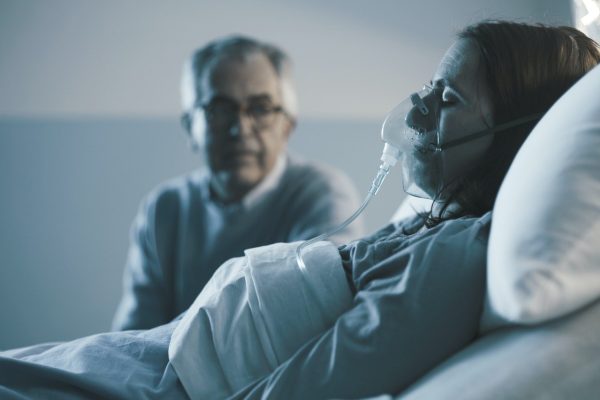 If you develop Cancer or any other critical Illness, do you have an emergency cash fund of 6 to 12 months to help cover the costs of the non-medical expenses? Out of Country Treatments? Surviving critical illness has dramatically increased because of modern medical treatment. Even though you recover a critical illness can significantly limit your ability to perform the duties of your current job and may reduce your earning power. Having an emergency fund is a wise benefit choice. 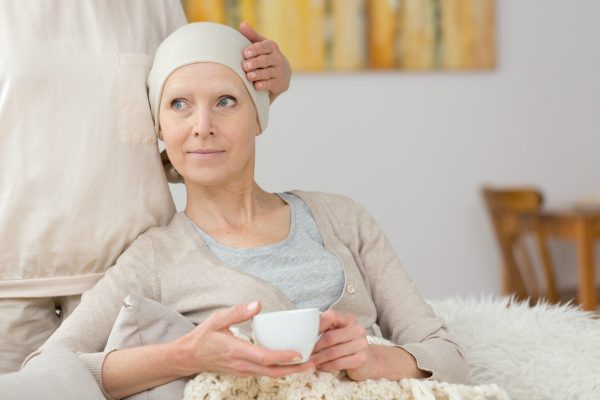 An estimated 206,300 new cases of cancer will occur this year in Canada and on average, 3,967 Canadians are diagnosed with cancer every week. Cancer can affect anyone, anywhere, anytime. Thanks to modern medical treatments over 60% of Canadians diagnosed with cancer are expected to survive for five or more years after diagnosis. But diagnosis, treatment, and recovery can be expensive. Covering these unexpected costs — plus everyday expenses — can put a significant strain on your family’s budget, especially if you lose income. The good news is a cancer insurance plan can make a difference. 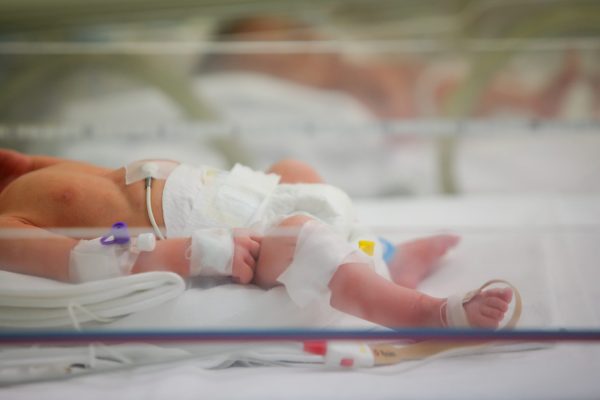 Family plans protect you, your spouse and ALL your children. When you have another child they are covered from the day they are born. Just let us know so we can add them to your family policy at no additional cost to you. We offer guaranteed coverage for your spouse and children. This means when coverage ends for each child, your child may continue coverage by purchasing a new policy. This saves you 39% when you cover yourself and your family.

I work in a high risk occupation, can I be covered still?

I like to do dangerous things on the weekend. Am I still covered?
If I claim with WCB will your policies pay out as well?

Yes. We pay on top of all other insurances, WCB or government EI Programs.

Am I covered if I am travelling in the United States?

Do you cover children?

Yes and we have very affordable family plans.

If I make a claim(s) do the premiums increase?

If I make a claim will my policy be cancelled?

No. Most of our policies are guaranteed renewable.

Do your policies end at 65?

No. In fact many go for life.

Do your policies cost more because I am a smoker?

Do your policies exclude me if I use Cannabis?

I have Life Insurance on my Mortgage. Is that not enough?

No, we recommend looking at this CBC marketplace in denial to see why! https://www.cbc.ca/marketplace/episodes/2008-episodes/in-denial

How can I purchase a policy?
We have 3 options, in person, over the telephone or via Docusign.

We Cover your Income so you can Recover.

Please tell Tanya thank you!! We would have been really 'effed' without this policy!
The Stevens Family
Edmonton
So that amount is right? We were scared to cash the cheque ha ha! You Changed our lives Tanya!
The Robinson Family
Kamloops
I have personally dealt with Tanya. She is absolutely amazing and knows her stuff! Not only that, she is very passionate about people and serving others. I highly recommend Tanya. 5+++++ stars.
Robin Hamer
Blackfalds
Paul has been very helpful with all my policies and claims. He has always made sure that I have the right policies for what my needs are. I have had a lung transplant, had a truck fall on me, had my plough tractor run into and now skin cancer. Paul has helped me with all my claim forms and they keep paying me!
James Chapman, RIP
Stettler

Protect your family and your future. Contact us to find out how.